Click here to text with a coach for free

The entrepreneur productivity paradox: Why the more freedom you have the harder it is to be super productive

My friend Jon and I were grabbing lunch, talking about a strange paradox we both experienced. The second we went “all in” by leaping full time into our first business, leaving behind the safety net of a job… something unexpected and deeply unsettling happened.

It’s a paradox almost every entrepreneur has experienced:

The day you set yourself truly free as an entrepreneur– free to manage your own time, free to work 100% on your own thing, free to truly focus – is the same day that actually focusing becomes exponentially more difficult.

What makes them an entrepreneur? They have a healthy sense of rejection for authority. And a general impatience with the status quo.

They’re impatience because they’re IN it. They’re working the job – being part of the system – along side other drones who are content with being told what to do.

This itches the entrepreneur. In fact, it eats at them. They know they’re destined to go do their own thing. They’re determined.

Then, this person finds their idea.

They start working on their idea as a “side-hustle.”

Whenever they can – whenever a moment presents itself – the entrepreneur is maniacally focused, pushing their business concept forward.

Entrepreneurs who have to moonlight because they’re working a job, or are balancing dozens of other responsibilities… are always more focused and effective.

They’ll work like a madman to prove out the idea, validate their model and ultimately get to the point where they’re ready to leap.

The “all in” leap feels amazing, once you’re finally ready

The entrepreneur walks out of their old job office that final time. And it feels so, so good.

You can see it playing out like a movie: Tell the boss you’re done. That you’re off to captain your own damn ship.

This moment feels great because you can feel your future – and the literal time and energy you need to rocket your business idea forward – open up in front of you.

Like a wide open field of raw potential, you now have everything you need to fully clear your head and focus on nothing but executing your vision.

“Imagine how much I can get done now that I’m not just limited to weekends and evenings” you think to yourself.

My friend Jon – who quit his top tier Manhattan law firm job to start his own meditation training company – describes feeling like he took days to do what he used to accomplish in mere hours.

I remember the early days of my full time efforts with my first company, too:

Suddenly it was just me, my laptop, an empty schedule and an almost infinite “blue ocean” of possibility in front of me.

With all that space, I felt like I had so much time that it became too easy to take it easy.

It was too easy to get distracted reading news and scrolling social media. Watching Netflix. Pretty much anything other than working on the high leverage stuff that would rocket my biz forward.

The whole reason I wanted to be self employed was so I could live a better life.

And on my first day as a full time entrepreneur?

I could live better – right now – by just choosing not to work.

I could enjoy myself now – not just in the future – by screwing around. I’d just worry about building the business… later.

And even when I did choose to work on something, I’d pick the easy low-leverage work: Answer emails or do “research”. Or elaborate “planning".

I’d do that stuff, instead of executing the high leverage ideas I had, which required courage:

Publishing marketing campaigns, so people could actually see them.

I’d keep tell myself I had so much time – so much wide open space on my newly freedom-filled calendar – that I could get to that stuff later.

I’d get to it when I felt like it.

When I was better prepared.

When the passion was there.

After months of spinning my wheels like this, I started wondering what the hell was wrong with me.

Turns out that the reason side-hustling entrepreneurs get so much done in the limited time they have… is precisely because their time is limited.

As a newly minted entrepreneur with a ton of experience in psychology, I started researching:

I needed to figure out why I was so unfocused. I wanted to know why it would take me days to accomplish something I knew I had the potential to do in a few hours.

What I found was horrifying.

It turns out that the “freedom” entrepreneurs are so magnetically drawn towards… was precisely what was holding them back.

I found – by looking at super effective entrepreneurs who hadhit massive home runs – that they paradoxically chose to set aside their freedom from time to time.

They gave freedom up.

By choosing to temporarily remove their own freedom, these entrepreneurs transformed themselves into execution powerhouses.

How did they give up freedom?

They didn’t give it up entirely.

In fact, what I observed was more of a have-you-cake-and-eat-it-too situation than you’d expect.

What I witnessed was entrepreneurs creating structure around themselves with accountability.

Instead of operating as a lone wolf, these super-achievers would set up structure with trusted allies: They’d check in, clarify goals, set expectations and be held accountable to their own extraordinary, ambitious vision.

The psychological side effects of isolation cause the entrepreneur paradox 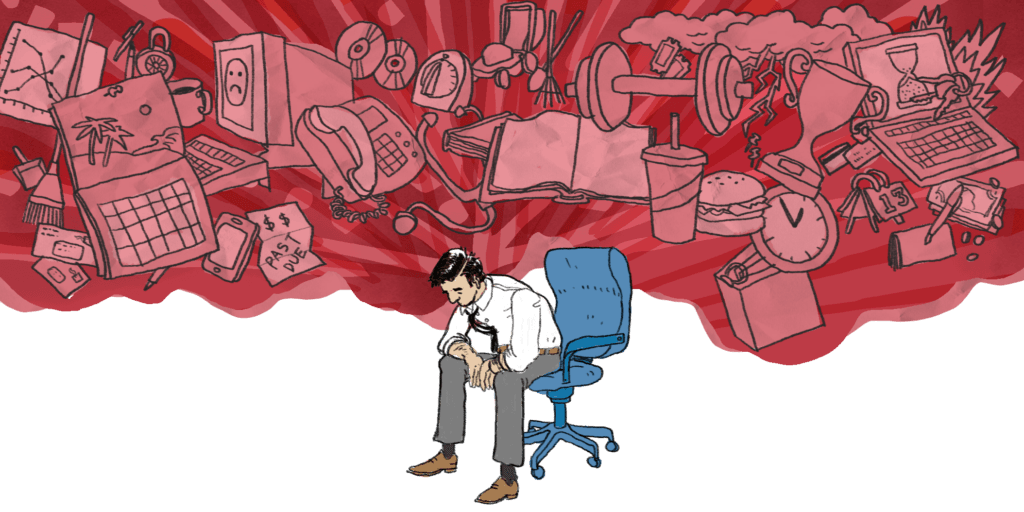 Freedom itself erodes your focus and effectiveness, because you’re too alone.

Isolation is the focus killer.

It slows down execution.

It makes it easy for self-sabotaging habits to creep into your work day, unchecked.

Entrepreneurs who are excited to captain their own ship forget how crippling the isolation at sea can be. Even if you’ve got sailors (staff) working for you, you often feel lonely at the top.

Once I discovered the truth about freedom and isolation, I found countless studies – and spoke to hundreds of mega successful entrepreneurs – that all confirmed the same thing:

Entrepreneurial isolation was causing several crucial “mental foundations” for focus and effectiveness… to be dangerously absent.

Accountability was a big one, but there are several more.

Entrepreneurs whose mental isolation deprives them of these things often feel like they’re going crazy.

They blame themselves for not doing more, or moving faster. They feel like they’re not living up to the potential they know lies within them.

If you’ve felt this way, know this:

It’s not your fault.

And, you can still fill those mental foundation gaps.

All you need to do is set aside your freedom – just slightly, and only temporarily – so you can finally take action and build your thing… the thing that truly sets you free.